Back to Teacher View
Student View 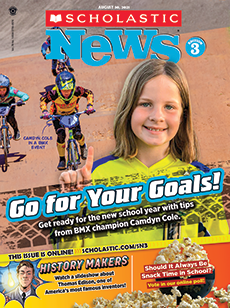 It's about the size of a penny!

Scientists in Massachusetts recently invented a drone that’s based on a mosquito. The tiny remote-controlled robot weighs about the same as a paper clip.

Its wings flap nearly 500 times per second. That’s more than twice as fast as a honeybee’s.

Kevin Chen led the team of scientists. He’s working on the design and hopes they will be helpful one day.

For example, they might be used in place of insects to pollinate crops. Like bees, the drones would move pollen from one plant to another. That would allow the plants to produce fruit or seeds.

The robots could also be used to search small spaces. They could find missing people after a building falls down.

“All those things can be very challenging for large robots,” Chen says. But hopefully they’ll be easy for these minibots.